Participating in the international project in Rebild, Denmark. Read more about the project here.

The project is initiated by MNKK and Lise Seier Petersen, and started in 2014. The project will continue until 2016.

Participating in the international exhibition in Flandernbunker, Kiel, Germany.

More information about the project by BBK here and the exhibition space Flandernbunker here, and a blog on the project here. 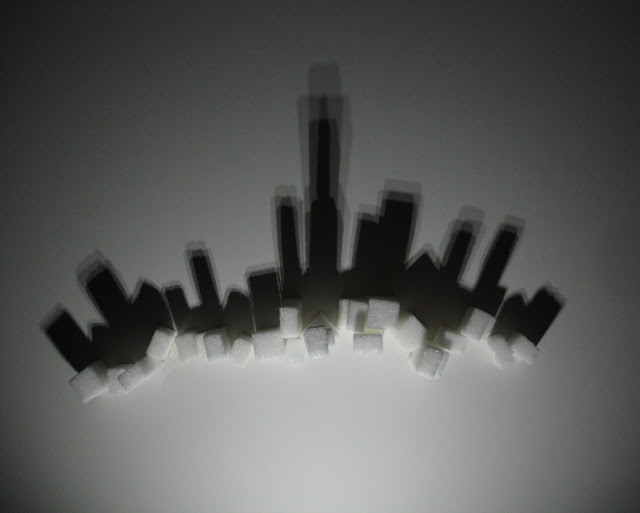 Home sweet home
Sugarcubes, LED-light and neonlight.
Detail from the installation at the exhibition "Homeward bound" in Galleri BOA, Oslo 2010.

About Home sweet home
This artproject has been going on for some years, developing from an idea with sugarcubes and shadow, developing into several installations. At first it was only a photo until I came up with a way to protect the sugarcubes during transportation and at an exhibition. The project was first exhibited in the public show at Carl Berner T-banestasjon (metrostation in Oslo), and after several exhibitions it found its place in my first solo show Homeward bound in Oslo 2010, as an installation on a wall with the neonlight with the title Home sweet home. 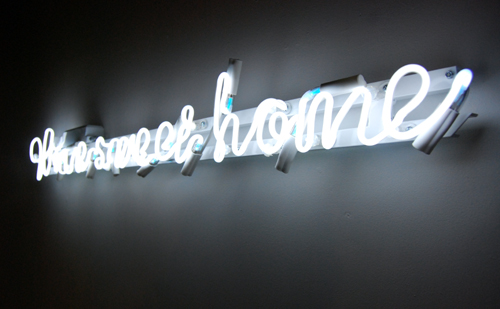 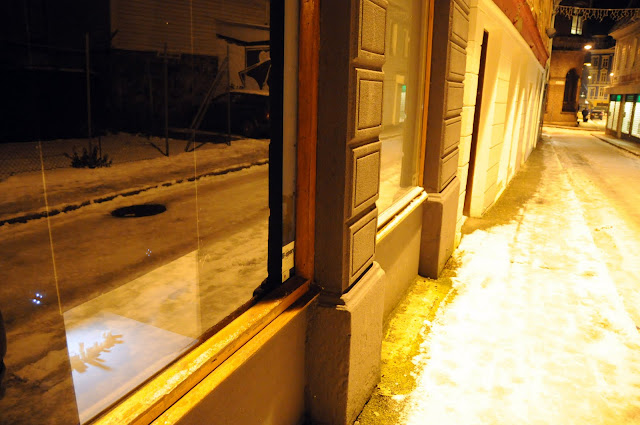 Street view from Home sweet home in Østre Skolstredet at the art festival B-open in Bergen 2008. 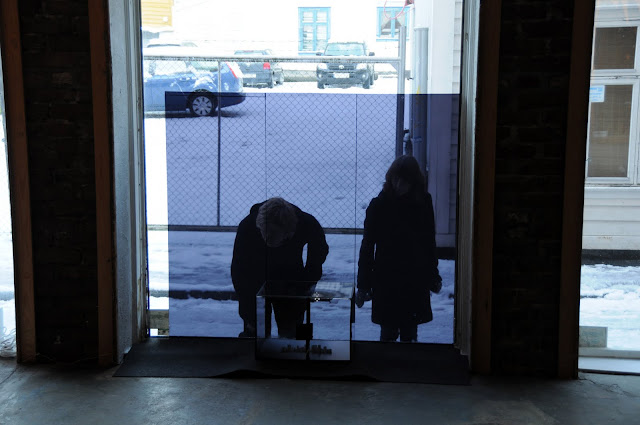 Inside view from Home sweet home in Østre Skolstredet at the art festival B-open in Bergen 2008. 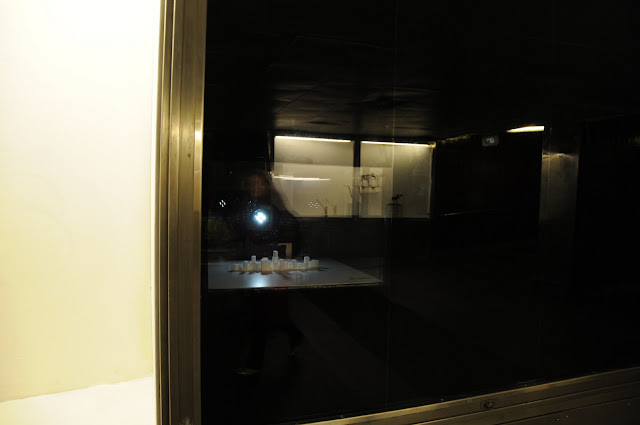 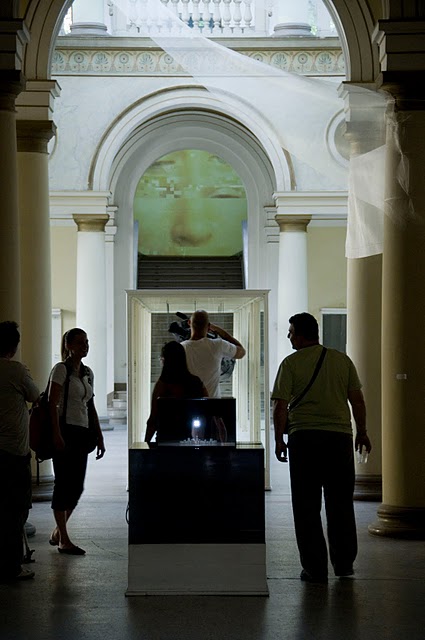 Exhibition view of Home sweet home and Painting my portrait (videoinstallation)  at "Artists as ambassadors" in The National Museum of Bosnia & Hercegovina, Sarajevo 2009. 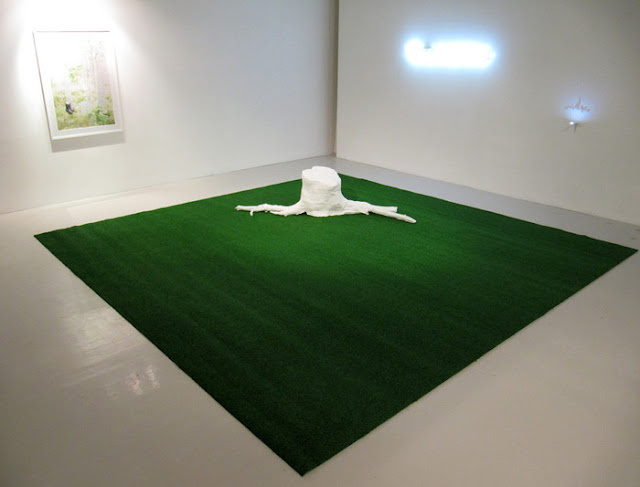 View from the solo show Homeward bound at Galleri BOA in Oslo 2010
1 kommentar: 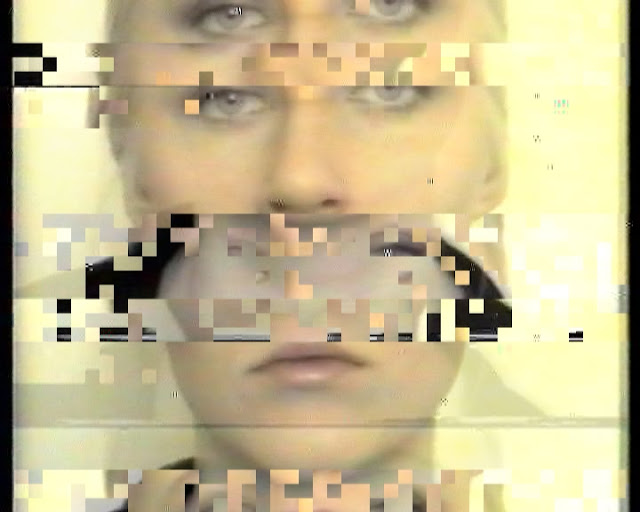 
This video has a ten year old history. It was originaly made with the title Painting my portrait refering to the painting of selfportraits, as an analog video (S-VHS)  with a duration of 4 minutes and soundtrack from Tricky. It was a video performance where I painted my portrait by putting on my daily make up. The painting was therfore replaced by make up, and the self was replaced with a retouched version of the self. In this context, the video work was dealing with questions of identity and feminism.
In the early 2000 I digitized the video and transfered it to a DV-tape. During years of storage, the original S-VHS tape has been destroyed and the DV-tape has got digital noise making it impossible to play normal. When I was asked to participate in the project Artists as ambassadors in 2009, I immediately came to think about this videowork, and discovered the damages. Since the project was situated in Sarajevo, the heart of Bosnia & Hercegovina and also recently center for the Bosnian war (the siege of Sarajevo), the art project was thematically dealing with the home. What meaning of the word home does the individual artists in the project have?
In addition to the installation Home sweet home, I edited the damaged video, making a new portrait of my self ten years later. Now the tape has got marks, distortions and digital noise. And I as a person am ten years older. I therefore edited the tape by slowing it down, making every distortion visible and turning my face into a collage of digital pixles from my ten year younger picture. The soundtrack from Tricky was replaced with a soundtrack from Svarte greiner. 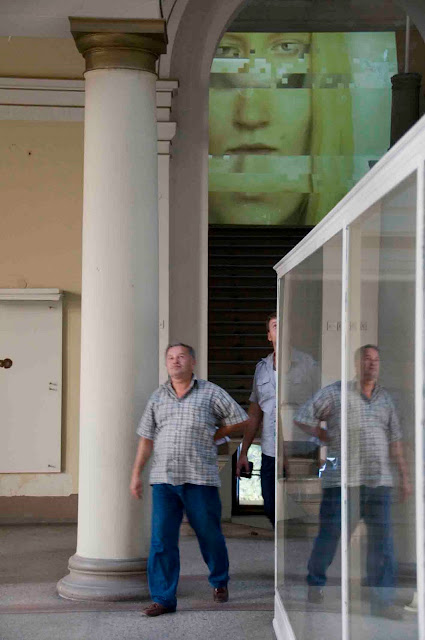 Installation view of Painting my portrait 1999/2009 at the National Museum of Bosnia & Hercegovina, Sarajevo 2009.
Ingen kommentarer: 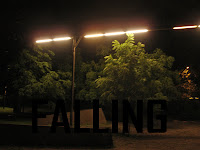 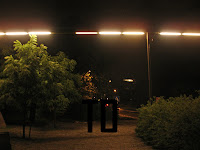 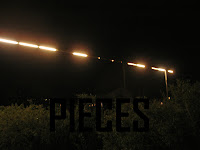 Exhibitions of the work: